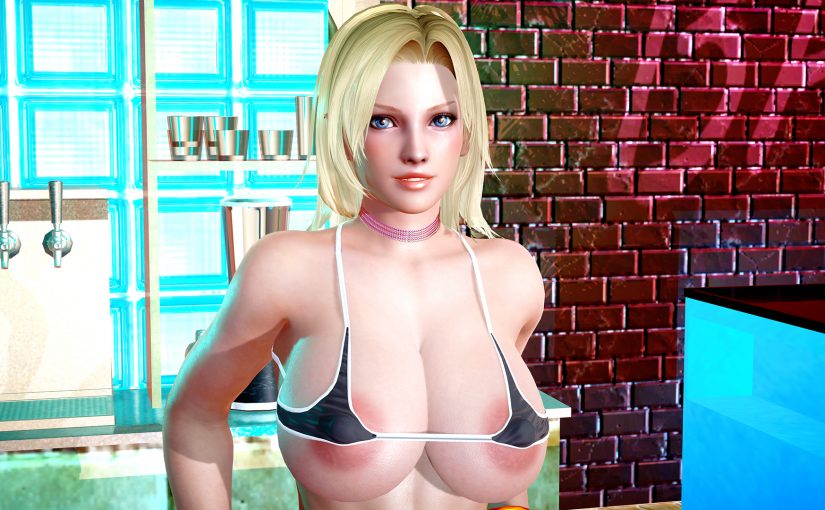 For these versions, to use SSS all you need is to set the shader with ME, nothing else.

Load any of the included cards wherever you want or use the preset added by this mod (doesn’t load the hair!).

Found at back hair, front hair and extension hair.

So this is a big update for Tina. So big I have to make it its own mod, because it’s not the same anymore. Let me explain.

Previous versions used a different geometry and UV map from vanilla. This meant it was as accurate as I could make it with the least compromise.

This changed a while ago when I found a new workflow to get these done, which allows me to use the vanilla head’s geometry and UVs while still keeping it accurate. Now these custom heads will be able to use vanilla textures such as eyelashes, eyebrows, eye shadows, lips, cheeks, paints and moles.

But this also means I can’t just update the previous version, since its assets are not compatible and changing faces in cards with custom heads is kinda finicky (you could try updating your old cards, but it’s going to be annoying). Another thing I did was keep the vanilla ears bones, to make it possible for you to change their ears more easily using the vanilla ear sliders. Only that and the mouth are changeable through the vanilla sliders though, since everything else would be a pain to set correctly.

I’m still adding custom bones though, so you can still change other parts of the face with ABMX.

At the time I’ve only added 10 face skins (includes the original one, and the rest are Face Type A’s color texture with then girl’s normal map). I know of a mod that unlocks everything for every head type, I don’t have it since it causes too much clutter, but I suppose you could use that, it might not look good however.

This also uses Hanmen’s teeth. Which means his SSS teeth shader included in next gen 2.0 will work with them out of the box.

Remember, you can use vanilla hairs with all girls so far given that you modify the bone cf_J_ScalpLength_S with ABMX’s advanced window, along with all the other bones in the included CustomBonesList.txt. Guide here.

Any coming girls will be using this new workflow.