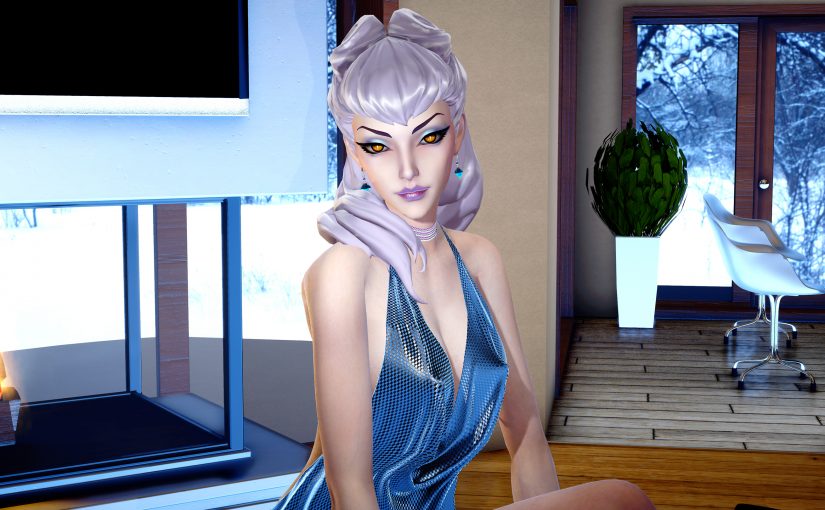 If you want SSS: See this guide if you don’t know what to do with SSS textures.

So, this is a very unusual release, but one I’m happy to have done. She’s from League of Legends if you’re wondering.

A long time ago (years), I said I wasn’t doing commissions anymore, mostly because some of the requests I got at the end were things I really didn’t like. Some months ago, Hanmen, author of Next Gen skin and other interesting shader mods, asked me if I was willing to make one. I told him I would need to take a look at the model to make a decision. Turns out, she’s very sexy, and even though she’s stylized, I thought she actually would work well, I think I was wrong about stylized characters not looking good in these games, provided the eyeballs are round and they’re not too anime. Maybe my taste just changed, or maybe I’m just thirsty for something different. So after I gave it a look, I decided to give it a go when I had some free time, and here we have it.

This has been ready for some time, but I had to still port it to AI to release it publicly, since Hanmen only wanted it for HS2. He had no problem with it being public either by the way.

She comes with the usual stuff I add to these heads, including custom bones and all.

Her hair is stylized so she probably won’t fit with other girls in the same scene, YMMV.

Remember you can use vanilla hairs with all girls so far given that you modify the bone cf_J_ScalpLength_S with ABMX’s advanced window, along with all the other bones in the included CustomBonesList.txt. Guide here.

Make sure you have all the requirements mentioned, otherwise you will run into issues.