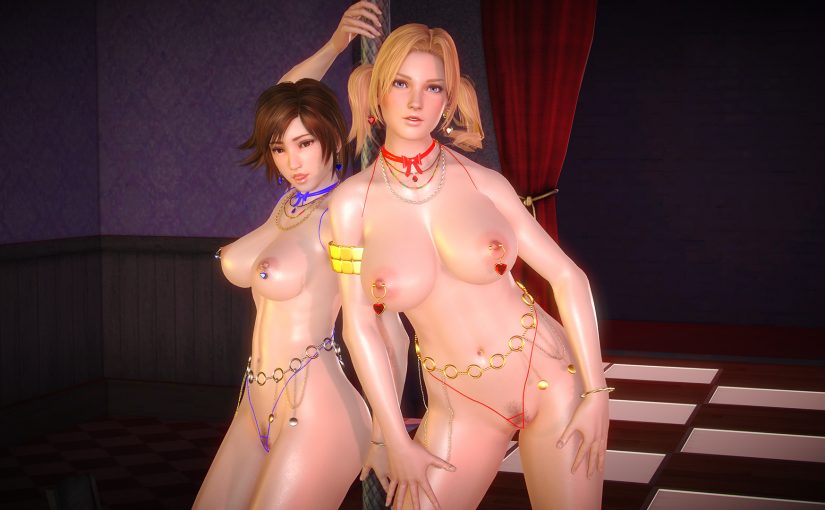 I based this outfit on the last picture in the gallery. Source here.

Now the waist belt rings use a normal map, as well as the armlet. I also made it so that you can color almost everything, and almost everything can be colorable (some things have a subcolor), I made my own shader though, so intensity doesn’t work (but physically it shouldn’t since the levels of the specular color are what should define if it’s metallic or not, so that’s ‘kay). So now you can color the jewels too.

The necklaces are now all separate. You can now decide if you don’t want to use the colored one. That one also looks better now though.

Finally, I also added some shoes I planned to release a long time ago (so much that the asset bundle for them is named differently of how I name things now). These shoes are high heeled sandals from when I was making an experiment to see if I could make them behave like actual sandals, so when the girl rotates her ankles, the back of the sandals stay down as if because of gravity. It kinda works, but has some clipping here and there because of what I had to do to make it behave this way. It’s probably pretty good for posing. These sandals are a heavily edited shoe from Zeaska (yes, I asked him permission to release it) from a time when I didn’t have much of a clue about modeling and I had made new textures for them besides just editing the model, but I gave them better textures today to better match these shaders and my current stuff.

Now, have in mind that to be able to make things have a subcolor, I had to sacrifice compatibility with HS 1.1. So don’t get the update if you’re stuck in it. It also requires MoreSlotID now because of the necklaces and the shoes using new slots.

There are some differences, namely in the hand bracelet, the earrings and the overall scale of the waist belt. Some were in purpose, others because I still suck at scaling reference. Whoops.

All the stuff that should bounce, bounces. I created new armatures for each accessory, I only based myself on the root of existing ones, but the bone chains are new, and they bounce very nicely.

Also, the gems in the nipple piercings, the necklace and the earrings are using this custom shader. Feel free to copy it from the asset bundle and use it wherever you want to.

This was quite fun, I pretty much learned a lot about armatures with this, and I’m actually quite pleased with how it turned out.

The * being anything that comes after the underscore and before the dot. 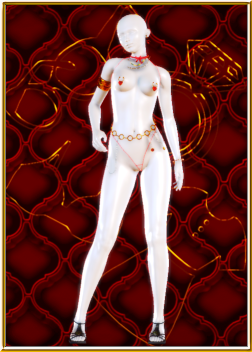